Where it all Began

I grew up in a large family of six and from the moment I was born, I knew I was not like everyone else.  I tried everything I could to fit in, to no avail.

As a child growing up I was labeled “hypersensitive.”  I didn’t quite know what that meant, but I did know that it made me different and I didn’t like being different.  I was also painfully shy.

I used to view my sensitivity as a curse, and when I was 14 years old I tried to commit suicide.  I felt lost and lonely. 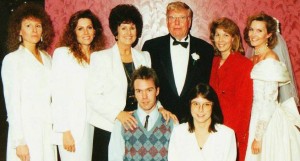 In 1995, my father died of lung cancer.  I was quite angry with my father.  He had been a chain smoker his entire life, he could have prevented all of this pain simply by giving up cigarettes.

What If We Could Talk to the Dead?

During my bouts of anger with my father I became aware that someone was talking back to me.  In the beginning, I thought I was just making up what I thought my father would say.  After awhile,  I stopped being angry and began asking “what if?”

What if my father’s spirit were still alive and he could communicate with me just as he did when he was alive?

What if the conversations I had weren’t made up – what if they were actually REAL?

It was about that time when I stumbled upon John Edward’s.  I remember in the beginning, my husband was quite the critic, quick to slam John as a fake and laughing at me for believing in all that nonsense.  But it wasn’t before long when he would holler “Hurry, it’s going to be on soon and you’re going to miss it!!”

One night I was watching John Edward and I had this overwhelming desire rise up inside of me and I said to my husband, “I want to do that.  I want to talk to the dead and help people.”  My husband laughed and said, “I’m sorry to tell you, honey, you can’t just wake up one day and say ‘I’m going to talk to dead people.’  You have to have a near-death experience or be born gifted or something.”

The Challenge was Offered & Accepted

I don’t know about you, but if someone tells me I can’t do something…it only makes me want to do it more!  And so, I set out to prove my husband wrong and I did.  What I found is that we’re all gifted.  We’re all psychics and mediums and we all have the ability to talk to the spiritual realm and dead people if you desire.

I also discovered that being sensitive is a gift not a curse and learning how to ground and clear myself daily helps me to stay balanced and in alignment with peace and harmony.

We’re All Gifted but not All Embrace Their Gifts

I’ve been talking with my Dad on the other side since he passed in 1995 and it was this confirmation that literally changed my life’s path.  I have been working as a Psychic Medium since 2007, but have just recently embraced that title. I began channeling Archangel Metatron and other spiritual beings in 2011 and have to pinch myself now and then, because at times this seems quite unbelievable, even for me.

With this new energy comes a new sense of courage and freedom to embrace all that I am.

I have accepted the assignment and now fully embrace my divine life mission.  Whether you are simply wanting clarity in your life, desiring to heal relationships, ready to unleash your psychic and/or medium gifts like I have or just wanting to connect with loved ones in Spirit and the spiritual realm, I am here to help.

Julie Geigle has a Bachelor of Science degree in Elementary Education from UW-EC and a Master’s degree in Education from Viterbo University in La Crosse.  She spent 10 years as a Schoolteacher. She currently works as an International Psychic Medium, Spiritual Counselor, Certified Clinical Hypnotherapist, Ordained Minister, Reiki Master Teacher, Psychic Business Consultant, Spiritual Healer, Spiritual Teacher of the Golden Age Movement and studied under the Oneness University in India and Manifesting Diva.