Do you ever get performance anxiety?  If you are a blogger you know EXACTLY what I’m talking about. 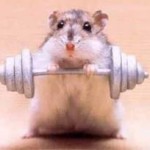 I love to write and I love to talk but for some reason I have a major block when it comes to blogging regularly.

Hmmmm, let’s explore this.  It almost feels like when I was in college and I had a paper due but I kept putting it off and putting it off until I was almost out of time and then I’d sit down and do it.  Afterwards I would always think to myself, it was waaay easier than I thought.  Procrastinating only makes it worse.

After a few years in college I began to put a system in place so things flowed smoother and I rarely got caught up in that OMG, OMG I’ve gotta get this done feeling.

So the key is the SYSTEM.  Doesn’t everything boil down to that?  It’s like brushing your teeth.  Once you have a system in place it becomes so normal and natural that you don’t even have to think about it – it just happens easily and effortlessly.

Okay, here’s my system that I’m going to try for 2 weeks:  I”ve noticed that when I write things in my planner it gets done.  So I have written BLOG and circled it 2x/week for the rest of July.

What system can you put into place to make your life flow easily and effortlessly?

Julie Geigle is a Spiritual Life Coach, Healer, Psychic Medium and Divine channel for Archangel Metatron. She helps people on a spiritual journey end suffering and create a beautiful life. Book a free discovery call to see if you're a good fit for our Spiritual Mentorship Program designed to change your life from the inside out! https://heavensenthealing.us/vip