Telepathic Communication with Loved Ones Who Have Passed 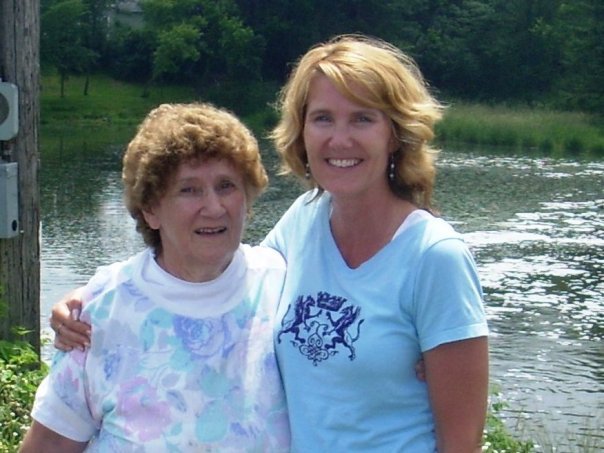 As many of you know my mother-in-law Phyllis passed recently.

My father passed 17 years ago and it was that experience that opened up my gifts as a psychic medium, so Phyllis is the first close person that has passed since I have embraced and begun working with these gifts.

I have to say it was quite different than when my father died.  Both were sick with a disease, my father had lung Cancer and my mother-in-law had Supra Nuclear Palsy.  My father was lucky, he only survived 6 months or so after his diagnosis, whereas Phyllis survived 6 years.  One thing about Phyllis’ disease is that she was unable to speak, for the most part, for the last year.

I found this served as a great opportunity for us to practice our mental telepathy skills.  I would tell my children, “speak to her in your mind, she can hear and understand you” it was great practice for communicating with her now that she is physically gone.

I believe that when we die our physical body passes on, but our spirit is eternal and that we can still communicate with those who have passed through the process of mental telepathy.

There were several things that occurred shortly before she died and afterward that I found fascinating.

2)  The next night when we visited she had stopped eating and drinking altogether and for the first time had “refused” water from us.  As I sat by her side and cried I heard her say,

“My spirit is no longer in my body.  It is time for my body to shut down so I may go.”  A few days later she passed.

3)  When we finally got the news early in the morning I could clearly feel her presence comforting me and all those we were calling.

She came through the loudest when we went shopping for her funeral attire.  It was one of the most difficult things I’ve ever had to do with my husband.  As we were grabbing stuff and feeling the despair of the situation I called out to her for help and I could hear her say, No not that, or that would be okay, or don’t you dare put me in that one, and then finally,

It was a most surreal experience that I will NEVER forget.  And I must say she looked amazingly beautiful at the wake and everyone agreed.

4)  The last one I will share is when we went to pick out her coffin.  Phyllis was a planner, bless her soul, and I was not looking forward to this particular task.  It had been the hardest part during my Father’s passing.  So as soon as we walked in the room to look at the caskets,

I could feel her standing there saying, “This one!”

My husband kept saying, How about this one or that one?  And not once or twice but multiple times I could see her standing by the casket saying to me “This one!”  And I must say Father Klink actually commented on how it was the most beautiful casket he’s ever seen.

I could feel her just glowing up in heaven.

I miss my mother-in-law dearly and am very grateful she is at peace now in Heaven.

I am most grateful for the opportunity to stay tuned in and connected with her through my intuitive abilities.

We all have intuitive abilities.  We are all psychic and can communicate with the spiritual realm.  We do it all the time but we’re usually unaware of this phenomenon.

If you’d like to develop your own intuitive skills and abilities be sure to check out the programs I offer:  Psychic Coaching and Transformations Spiritual Development.  It is a very exciting time we live in now and the spiritual realm is constantly guiding us into our highest good.

Have you ever communicated with a loved one who has passed or felt their presence around you?  We’d love to hear your thoughts in our comments section.

Julie Geigle is a Spiritual Life Coach, Healer, Psychic Medium and Divine channel for Archangel Metatron. She helps people on a spiritual journey end suffering and create a beautiful life. Book a free discovery call to see if you're a good fit for our Spiritual Mentorship Program designed to change your life from the inside out! https://heavensenthealing.us/vip